You Are Here: Home / The Blog / Kratom Nursery Videos / Picking tons of fresh p. Viridis leaf off the tree 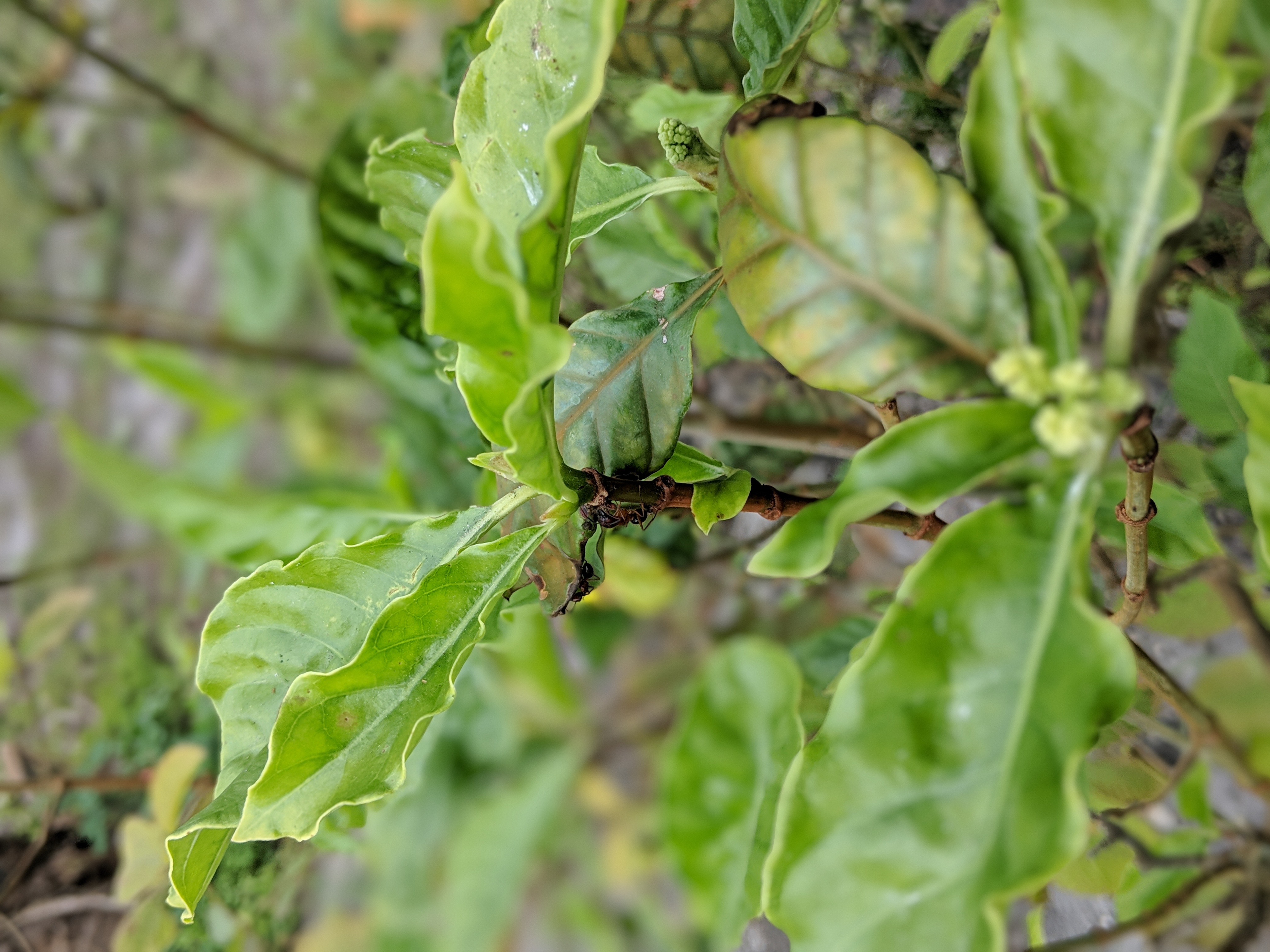 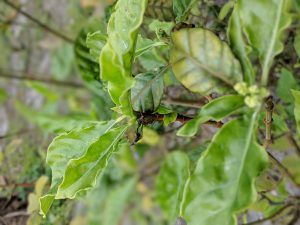 Picking tons of fresh p. Viridis leaf off the tree. These are leafy structures that cover and protect the young developing leaves, then fall off, leaving scars on the stem. The stipules are produced in pairs, and their form is distinctive for P. viridis. They are 5–25 mm (0.20–0.98 in) by 4–12 mm (0.16–0.47 in), elliptic in outline, sharply angled at the apex, papery to membranaceous in texture, ciliate (i.e., fringed) along the upper margins, and longitudinally flanged or winged along the middle. However, stipule shape and size is quite variable among different plants, and also depends on the stipule’s developmental stage and other factors such as whether the stem that produced it is reproductive or vegetative.

Leaves are opposite in arrangement (i.e., produced in pairs along the stems), generally 5–15 cm (2.0–5.9 in) by 2–6 cm (0.79–2.36 in), in outline generally elliptic or often widest above the middle, usually sharply angled at base and apex, papery in texture, overall smooth or infrequently with microscopic plant hairs on the lower surface, have 5–10 pairs of secondary veins, and on the lower surface usually have foveolae (see next item). The leaves are borne on petioles (i.e., leaf stalks) generally 1–10 mm (0.039–0.394 in) long. When dry, the leaves of Psychotria viridis usually are gray or reddish brown and are similar to those of a few other New World species of Psychotria. 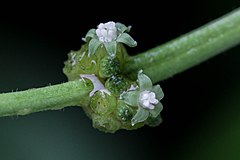 These are small pockets found on the lower leaf surface near the junction of the secondary (i.e., side) veins with the central vein. They function as shelter for tiny invertebrates such as mites that live on the plant leaf. These mites apparently often are symbiotic with the plant, taking shelter in these structures and eating fungi and herbivorousinvertebrates that can damage the leaf. The foveolae (also called domatia) are distinctive for Psychotria viridis and a few related species: They are generally 1.5–5 mm (0.059–0.197 in) long and 0.5–1 mm (0.020–0.039 in) wide at the top, conical and tapered to a closed base, open and truncate or variously ornamented at the top, and situated along the sides of the central vein with the opening usually near a secondary vein . These foveolae vary in shape among different plants, and in number on individual leaves, and may not even be present on some leaves. Most often each leaf bears at least one pair of foveolae, which may be close to the apex; the foveolae are often more numerous on leaves from vegetative stems than on those from reproductive stems.

The products sold by CincoTech LLC DBA KratomLeaf are not intended for sale or use by persons under the age of 21. Kratom and any statements made on this site have not been evaluated or approved by the Food and Drug Administration (FDA). The products sold by CincoTech LLC are not meant to diagnose, treat, cure or prevent any disease or health condition. Please consult your health care professional before using any of our products.
Cincotech LLC
18117 Biscayne Blvd
Suite #2487
Miami, FL 33160
“Our products are not for use by or sell to persons under the age of 21. We do not ship to the
following areas where kratom is banned: ALABAMA, ARKANSAS, INDIANA, RHODE ISLAND,
TENNESSEE, VERMONT, WISCONSIN. SARASOTA COUNTY, UNION COUNTY, MALHEUR COUNTY,
DENVER CO, SAN DIEGO CA, CITY OF OCEANSIDE CA, JERSEYVILLE IL,
ALTON IL, AND COLUMBUS MS.
Furthermore, Kratom is also banned in following countries
where shipment is not permitted: AUSTRALIA, BURMA, DENMARK, FINLAND, ISRAEL,
LITHUANIA, MALAYSIA, MYANMAR, POLAND, ROMANIA, SOUTH KOREA, SWEDEN,
THAILAND, UNITED KINGDOM, and VIETNAM”
https://getwaave.ac-page.com/things-you-need-to-know-about-waave